How do I enter grades for an individual assignment as a specific grading type in the Gradebook?

You can change this option before grading in the Gradebook, or if you've graded an assignment from SpeedGrader, you can change the grades display after they've been assigned. The Grade Detail Tray also displays the assignment grade with the preferred Enter Grades as option.

Viewing or entering grades using the Enter Grades as option is for grading convenience only and does not affect the actual grade. In the student Grades page, students will always view the point value and the default grade display set in the assignment.

The following grade entry behavior is supported for each applied option in the Enter Grades menu:

Set to Points—enter grades as points or percentage 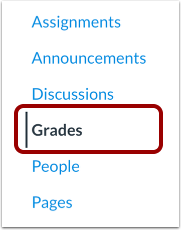 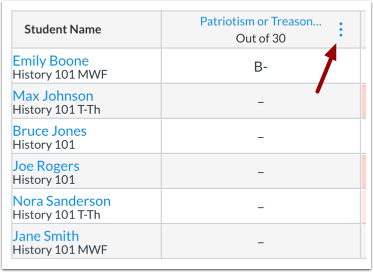 Hover over the assignment title and click the Options icon. 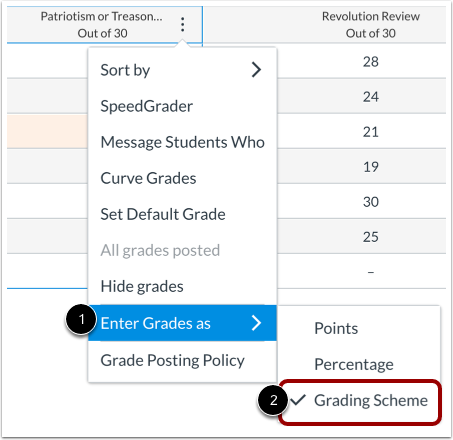 All assignments display the Points and Percentage options.

Note: The Enter Grades as option is not available for complete/incomplete assignment types. 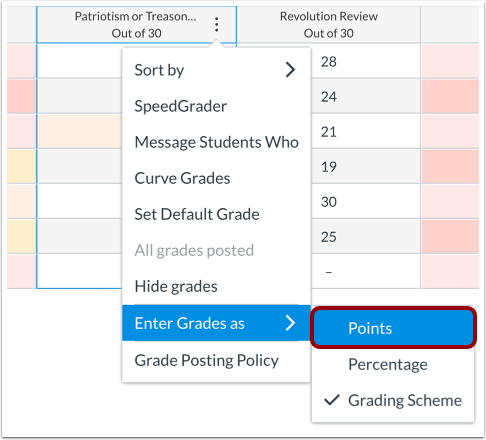 If you want to enter grades and have them display in the gradebook using a different grading value, select your preferred grading display as supported for the assignment. 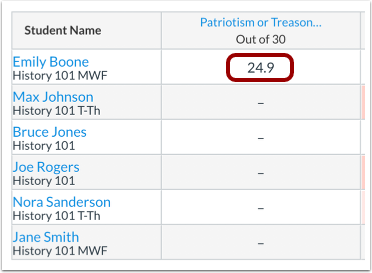 In the assignment column, any existing grades will calculate and display according to your grade display preference.

For new grades, enter a grade value according to your grading preference as supported: points, percentage, or grading scheme.

The entered grade will be calculated appropriately and displayed according to the grade display option.

If you enter a grade that is not validated through the grading scheme, you will see an invalid grade warning message. A warning icon also displays in the cell with the invalid grade.